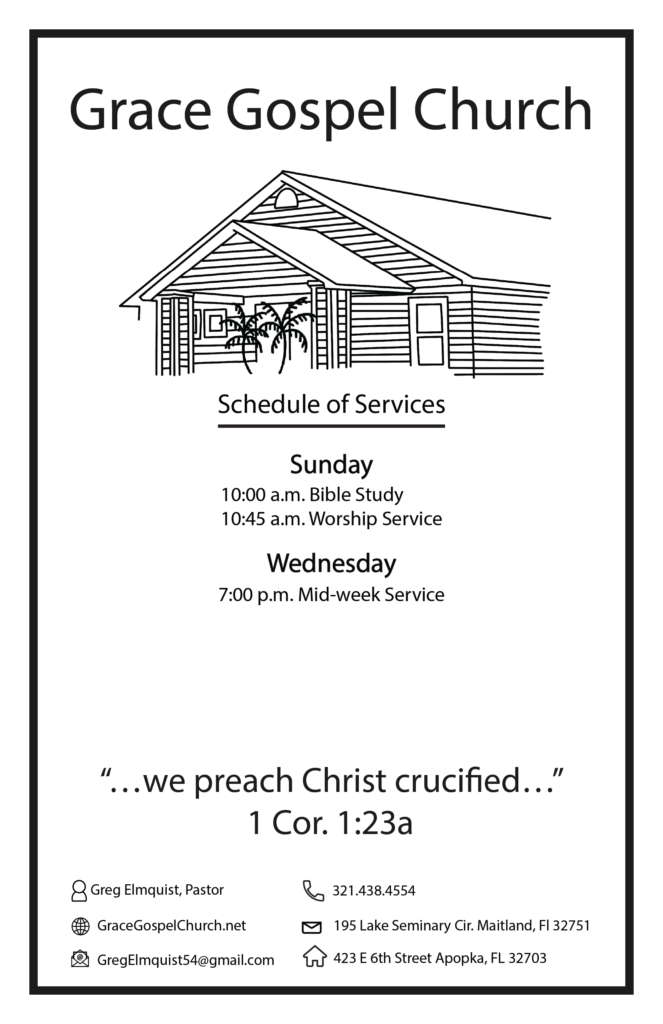 Jesus Christ And Him Crucified

Oh, The Wonder of It!

First Priority Is Not Enough

Christmas and New Year’s fall on Sunday this year.

We will plan to have only one service at 11:00 AM both December 25th and January 1st.

In heav’n, and earth, and hell He reigns, and makes His wonders known!

His counsels and decrees, firmer than mountains stand;

He will perform whate’er He please; and none can stay His hand!

All things His will controls; and His all-wise decree

Has fixed the destinies of all in matchless sov’reignty. —

Jacob by grace He saved, and gives no reason why;

But Esau’s heart He left depraved. — And who shall dare reply?

What if the Potter takes part of a lump of clay

And for Himself a vessel makes and casts the rest away?

Who shall resist His will, or say, “What doest Thou?”

Jehovah is the Sov’reign still; and all to Him must bow!

My soul, bow and adore the Lord in all His ways;

His sov’reignty none can explore; but I will trust His grace!

“For of Him and through Him and to Him are all things: